Poinsettia, that's the name of this plant.
It is considered one of the brightest symbols of Christmas due to its bright red leaves, which together form a flower and look like a star.

They range mainly in white, pink, and bright red colors. But some varieties also have yellow, and orange shades and patterns. 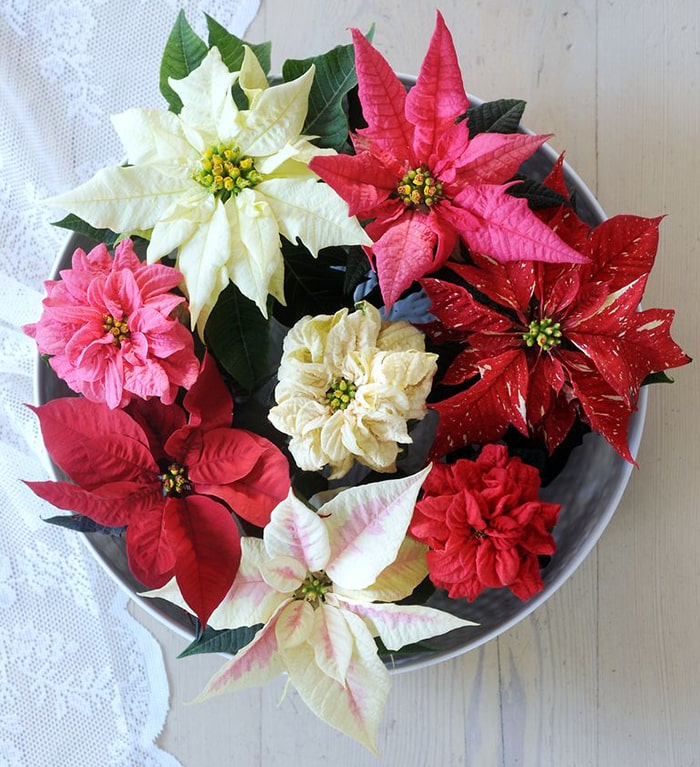 This beautiful plant has a long and deep history that makes it one of the most interesting flowers for Christmas gifts and decorations.

It is difficult to discover the meanings and symbolism of this plant without first discovering where it came from.

Although poinsettia has long been embedded in the traditions of Western countries, its history begins much earlier than that. This stunning flower has ancient roots that make it even more interesting.

This plant was first cultivated by the Aztecs.
They believed the flower to be a symbol of purity and peace and used it in making medicines.

They have been using it since the 14th century to make a red dye with which to color their beautiful, bright clothes.

Sometime later, the poinsettia appears in Mexican folklore as a Christmas flower.
The story tells of a poor child who puts a weed on the altar as an offering on Christmas Eve, and the weed turns into a poinsettia flower with incredibly bright red and green leaves. Since then, the poinsettia has been considered a symbol of the "Christmas miracle". 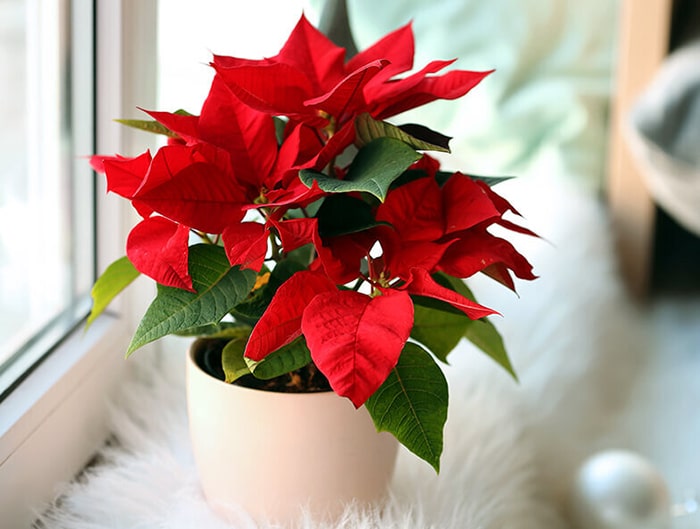 As early as the 1800s, poinsettia made its mark in the Western world as well.
US Senator Roberto Poinsett, who was also a botanist, spent a lot of time searching for unknown plants.
This plant he met in Mexico surprised him a lot, especially for its endurance and beauty in cold weather conditions.

And when the celebration of Christmas in the United States became more widespread, the love of the poinsettia as a Christmas flower grew.

Every country and tradition has its idea of the beautiful poinsettia plant, but in modern traditions, it is considered a Christmas Eve flower that can be given or received in the run-up to Christmas.
It is a symbol of love, hope, and goodwill.

How to care for a poinsettia? 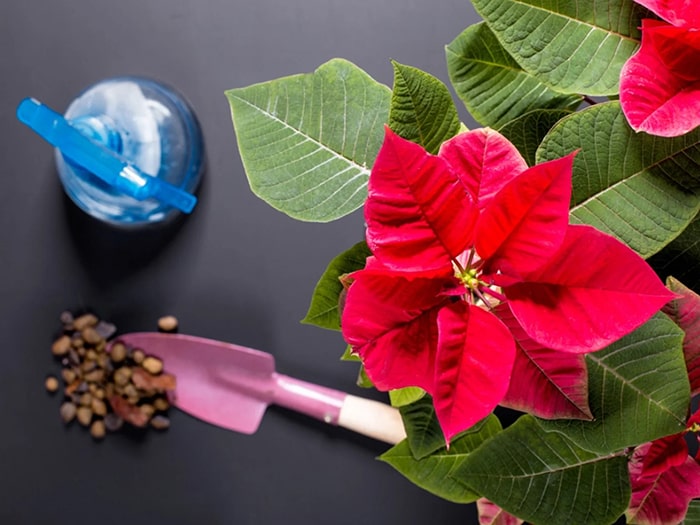 The plant is not harmful to animal or human health.
But when damaged, it exudes a sticky white sap that can cause skin rashes, so gloves are recommended when handling these plants.

Avoid contact with eyes and mouth.
Wash tools thoroughly after use, as juice may remain on tools or make them sticky.